The most famous Beethoven monument from the second half of the 19th century is without doubt the one created by Caspar Clemens Zumbusch (1830-1915) in Vienna. The tendency to depict Beethoven as a hero and express the meaning of his music by scores of allegorical figures is even stronger than in Friedrich Drake's draft. 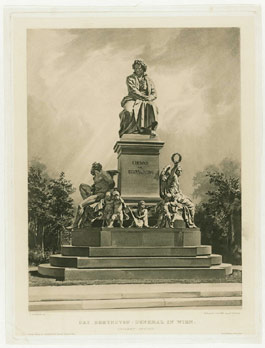 The composer rests enthroned far away from the beholder on whom he looks down. The front and rear side of the monument feature puttos at the composer's feet, representing his symphonies or his music in general. Prometheus and goddess Fama are on the sides of the monument. The entire construction is supported by a three-step base. 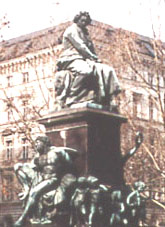 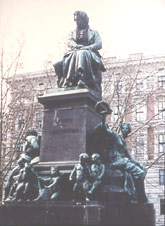