A Beethoven monument in Berlin

When Berlin arranged a competition regarding a Beethoven monument in 1926, the search for new forms for such a monument hit another peak. Many famous sculptors submitted drafts and models, among them Ernst Barlach (1870 - 1938) and Georg Kolbe (1877 - 1947). German press amply dealt with the subject and partially severe criticism was voiced. As opinions among the competition committee members and the press were rather different and as the entire project was quite controversial, the prize awarding never took place and the plans for a new Beethoven monument were finally dropped completely.

Only two of the submitted drafts were later carried out as monuments: Georg Kolbe's and Peter Christian Breuer's (1856 - 1930). 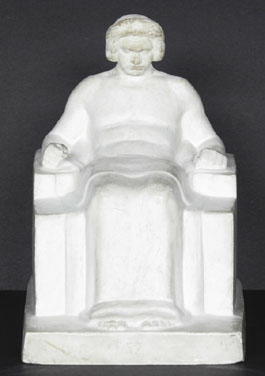 The Beethoven monument by Breuer, who came from Cologne, has a particularly long and checkered history. Obviously, Breuer had already dealt with designing a monument for Ludwig van Beethoven around 1910. However, the draft was not realised. When the Berlin competition took place, Breuer submitted a draft for which he reverted to his prior ideas. 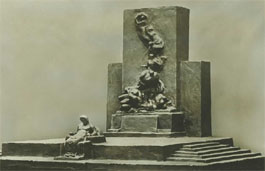 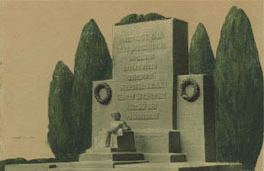 Now, he designed a vast site composed by architectural elements and various figurative depictions. At its centre, the monument featured a seated larger-than-life sized Beethoven. After the Berlin monument project was given up, the city of Bonn raised an interest in Breuer's draft. The sculptor then edited his concept. The originally planned site should now be smaller and less pompous and be integrated in a park scenery.