After two preceding bad harvests, the extreme inflation and price rise reached a second height in 1817. Many food prices had doubled or even tripled. In addition, the Vienna Congress had engulfed enormous amounts. So it is not surprising that Beethoven told Johann Peter Salomon in June 1815 he was afraid of losing his salary again. At that time, 100 florins Convention coins equalled 400 florins and 50 kreuzers Vienna currency. Only around 1820 the rate stabilised at 100:250. 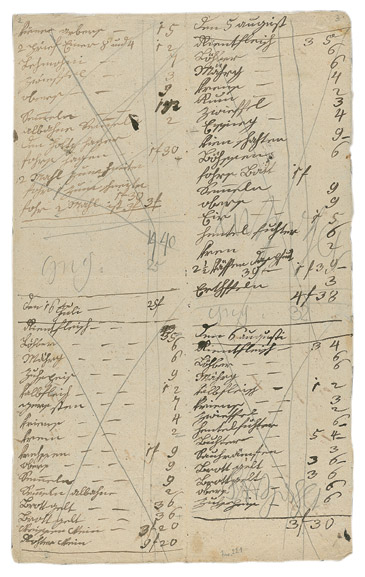 Two sheets from a household book 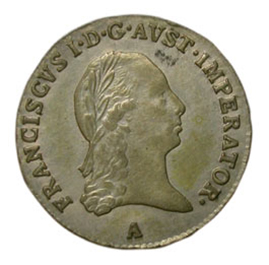 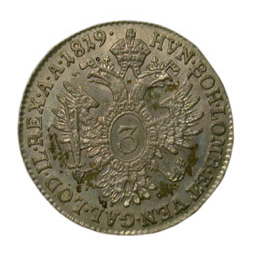 Because of the financial distress and his distrust that increased with his deafness, Beethoven forced his housekeepers to record their expenses in household books. All purchased items as well as their price had to be written down. Beethoven reviewed the entries, noted down how much money he had given his housekeeper and how much she had returned and finally crossed out the entire page to show it had been reviewed.