A publisher in lieu of a bank

Due to the difficult economic situation Beethoven was regularly confronted with financial shortcomings. When the payments by his patrons virtually stopped for three years in 1811 and were resumed in 1815, the buying power had changed drastically and could not be compared to that of 1809. Consequently, Beethoven's annuity, once fixed with the intention of freeing him of all financial worries, temporarily did not fulfil its purpose. He repeatedly had to ask publishers, friends such as the Brentanos and family like his brother Johann for loans.
When his brother Kaspar Karl fell ill with tuberculosis in 1813 Beethoven helped him with a loan. When the money could not be paid back, he received the amount from his publisher Sigmund Anton Steiner and conceded him the demand for payment. Beethoven pledged to provide Steiner with a new and unpublished piano sonata in case the amounts would not be paid back when due and guaranteed him the exclusive right to buy several works. The composer chose the piano sonata in E minor, op. 90 as a special means of paying his debts. 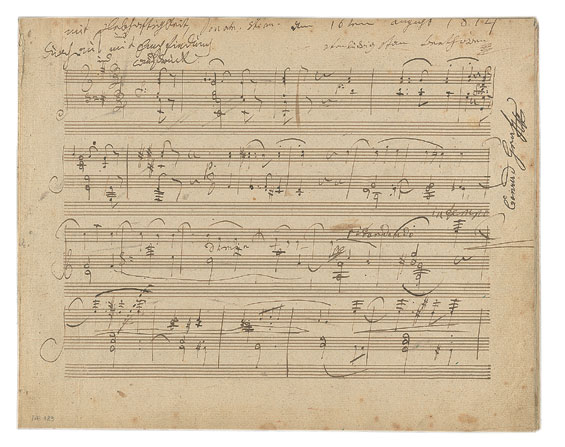 In the following years publisher Steiner repeatedly served as Beethoven's "private bank" and the composer took up several loans and even successfully invested money. On July 16, 1816 he wrote Steiner to express his trust and ask him to securely invest his small capital - a sum of 4,000 florins Convention coins with an interest rate of 8 %. The money's origin is not clear but it may well have been the earnings from the two Academy concerts held in 1814 and the generous contribution from the Tsarina.

On June 1st, 1816, the Privileged National Bank of Austria was founded as an independent incorporated company. With the aim of a currency consolidation the Banco-Zettel of the Vienna currency was withdrawn and changed into new bank notes of the original Convention coins at a rate of 2.5 to 1. Around 1820 the currency had stabilised. Now Beethoven's work scholarship was 1,360 florins which equalled the annual salary of a bandmaster. A musician at the court band made between 400 and 700 florins, comparable more or less to the salary of a teacher at a higher institute (they supplemented their income through lessons and private performances). Medium-level public servants were paid more than 1,000 florins and Beethoven's housekeeper received 129 florins, full board and lodging included. 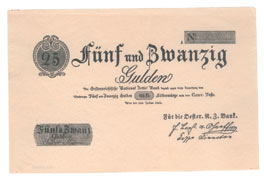 In his tax return dated January 15th, 1818, Beethoven indicated an income of only 1,500 florins Vienna currency that equalled the annuity share Archduke Rudolph paid. All other earnings from the sale of his compositions as well as the shares of Princes Kinsky and Lobkowitz were omitted. The class tax was a precursor to today's income tax and was levied from 1800 onwards. From 1802 on tax payers had to classify themselves into tax classes according to their income and provide an explanation. Beethoven shortened the official wording drastically.