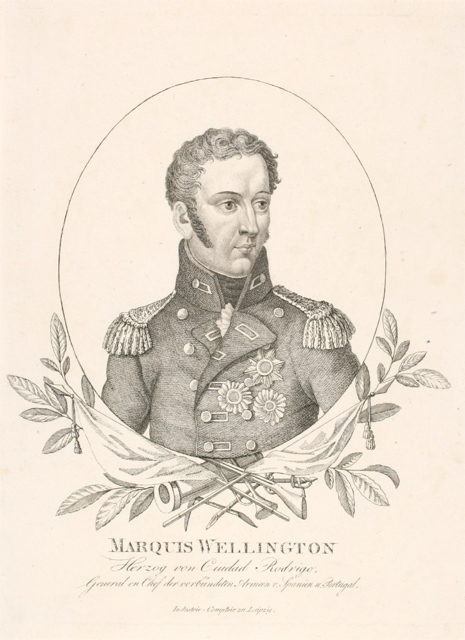 In June 1813 the troops of Sir Arthur Wellesley, Duke of Wellington, defeated Napoleon at the Vitoria plain in northern Spain. Inventor and music mechanic Johann Nepomuk Mälzel (he also built the hearing tubes for Beethoven) convinced the composer of his idea to put the defeat of the French to music. Originally intended for Mälzel's new musical device, the so-called "Panharmonicon", the composition was too powerful to be transferred to a mechanical musical machine. Beethoven then arranged the composition for orchestra and added a piece of battle music (with the marches "Rule Britannia" and "Marlborough") and an intrada. As a composition written on a special occasion it matched the current taste and was met with great success in December 1813. Thereafter, the piece was performed many times in Vienna. Beethoven dedicated the composition to the prince-regent and later king of England George IV who governed the country since 1811 because his father had become insane. Already in early 1814 had Beethoven sent the score copy to the dedicatee but neither received an answer nor the expected remuneration. Instead, the composition was performed in London on February 10th, 1815, a first presentation that should be followed by many successful performances. The topic was reported effusively in the newspapers so that Beethoven who spoke French but not English asked Johann von Häring to write to conductor George Smart. Both were pleased with the great success the battle music had in London. However, Beethoven asked the conductor for advice because he did not want to publish the piano extract without the dedicatee's permission. In addition, he offered Smart other compositions for English publishers. In the end Beethoven thanked Smart for his efforts dedicated to his "children" (i. e. his compositions). 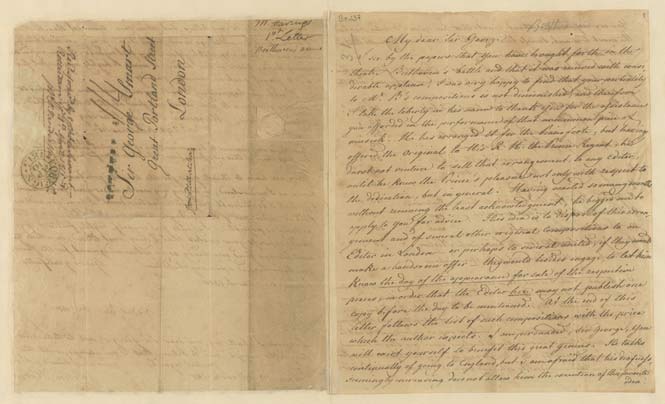 Letter to George Smart in London, March 16th and 19th, 1815
The announcement for the English first performance under Sir George Smart at the Theatre Royal Drury Lane on February 10th, 1815 explicitly mentioned the great success the composition had in Vienna: "Between the 2nd and 3rd Parts will be introduced, fort he 1st time in our Country, A Grand Battle Sinfonia. Composed by Beethoven. And performed with unbounded Applause at Vienna." The announcement for the second presentation in London a few days later bore the following remark about the success of the previous performance: "Which was performed, for the first time, on Friday last, with universal Acclamations of Applause, and unanimously encored", that means with continuously growing public acclaim. Until May the piece was performed over and over again while the euphoria of the audience steadily increased. In the following year the orchestra counted 200 musicians. Until November 1817, when Princess Charlotte died, the piece was part of almost any concert performed here. Beethoven's oratorio "Christ on the mount of olives" op. 85 was also presented at this theatre for the first time in England in February 1814 and repeated several times. 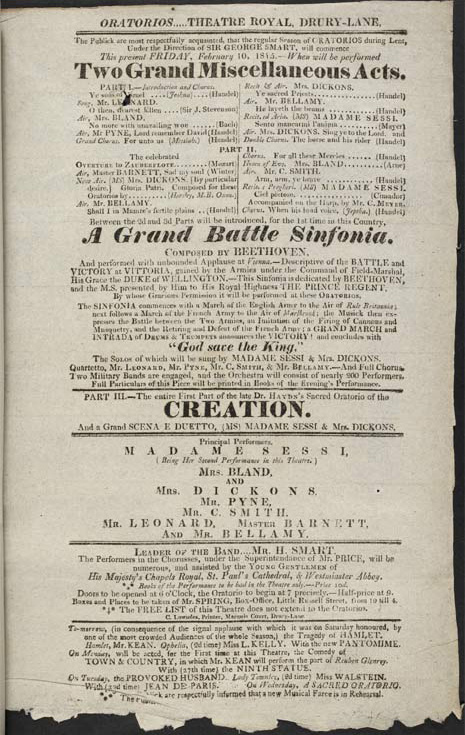 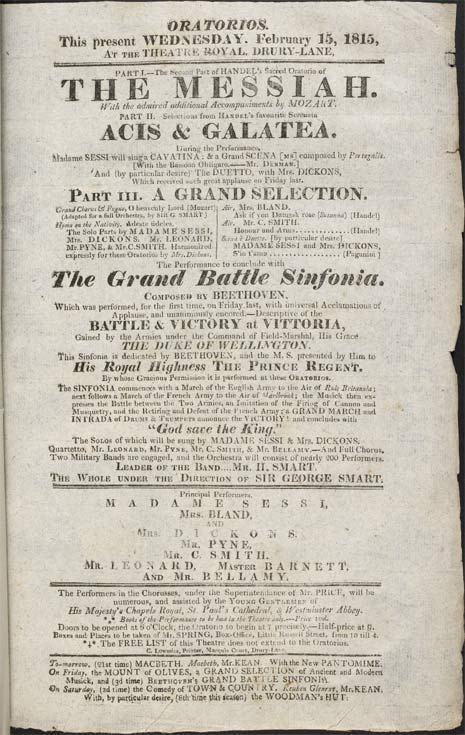 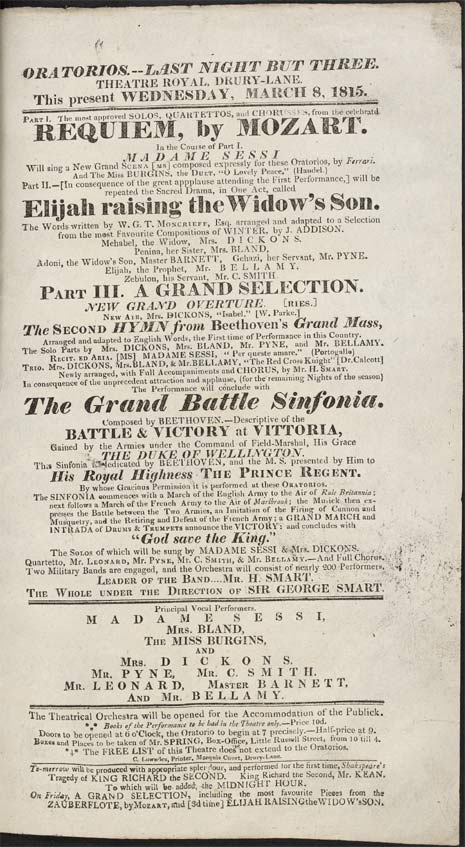 Announcements for performances of op. 91 at the Theatre Royal Drury Lane The British Library 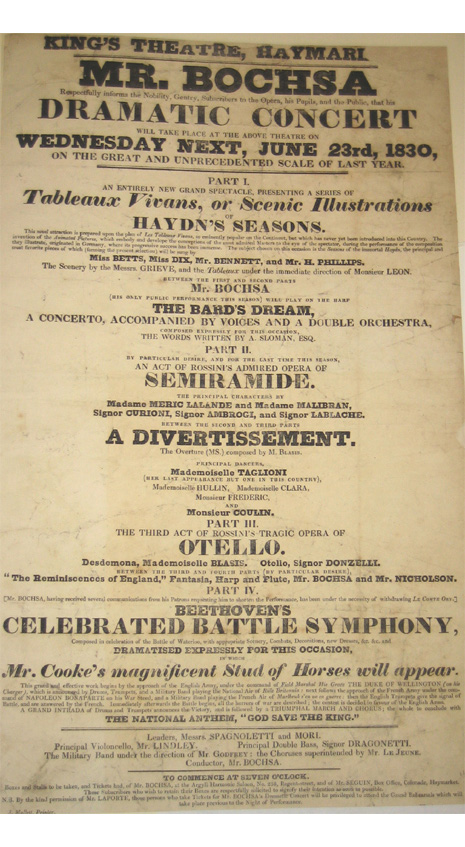 Announcement for the performance at King's Theatre on June 23, 1830 The British Library

The scenic performance on June 23, 1830 at King's Theatre in the Haymarket must have been quite noteworthy when apart from stage setting, costumes and other decoration a troup of horses was shown on stage.