Aftereffects on the Island and Continent 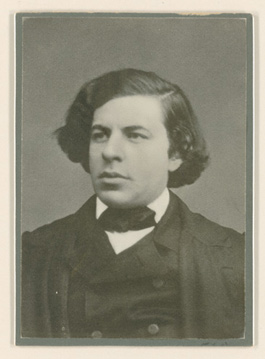 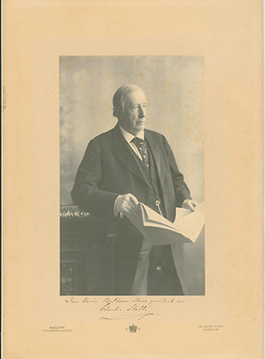 Already as a young man did Joseph Joachim begin his musical studies in Vienna with Joseph Böhm (1795-1876), who still had known Ludwig van Beethoven in person and participated, among others, in the first performance of the Ninth Symphony. Through his teacher Joachim hence had a link to the authentic interpretation of the compositions by his admired composer. In 1844, at an age of only 13 years, he had his first public appearance as a solo player in the violin concert under Felix Mendelssohn Bartholdy. His performance was widely acclaimed. Since then he was regarded as THE interpreter of this composition for which he also composed two cadenzas of his own. Later Joachim became the grey eminence of the German musical life and was, amongst others, honorary president of the Beethoven-Haus. In this position he initiated the Bonn chamber music festival tradition. It was him and his quartet who made Beethoven's late string quartets known to the general public by interpretations his contemporaries considered unrivalled.

Karl Halle, born in Halle/Westphalia, was quite an influential figure for the English musical life of the 19th century. He early settled in London and presented Beethoven's piano sonatas first in concerts held at home, then in public concerts. In Manchester he later founded an orchestra named after him that became known for exemplary performances. 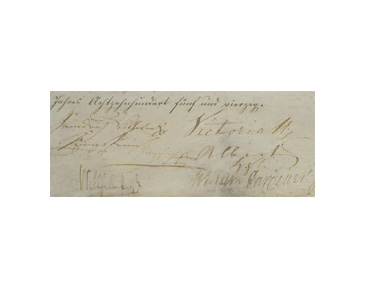 Signature of Queen Victoria of England on the deed of foundation of the Bonn Beethoven monument, 1845 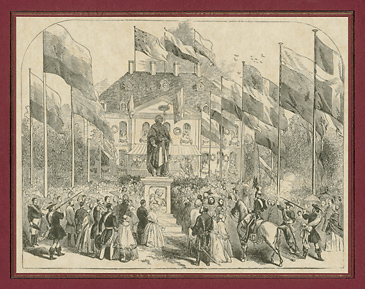 Before the Beethoven monument at the Münsterplatz in Bonn was officially unveiled in a ceremony on August 12th, 1845 the honorary guests, among them Queen Victoria of England, her prince consort Albert, King Friedrich Wilhelm IV of Prussia and Franz Liszt, signed the deed of foundation. Also the members of the committee signed the document. Like it is written in the document itself, two originals were drawn up, and having been signed, each original was enclosed in a leaden capsule and immured at the foot of the monument. However, no such a capsule with certificate was found when the monument's base was opened in the 1970s during construction works for the parking garage under the Münsterplatz and the immured documents were brought to the city archive for safekeeping.
When the Queen visited Germany the Illustrated London News published an article with pictures of the most important sights, among them the Bonn Beethoven monument, a map of the river Rhine and genre scenes of the journey. The same newspaper also published the original of the displayed wood engraving for the first time. The reproduction is the cover page of a dinner menu card German Federal President Richard von Weizsäcker held in honour of Queen Elizabeth II on July 3rd, 1986 at the Brühl Castle.