Charles Neate once more invited Beethoven to London for the season of 1825 to conduct the first performance of the Ninth Symphony. For a remuneration of 300 guineas he should bring two new compositions, another symphony and a concert to first performance. Apart from that he would be able to give a concert for his own benefit. Obviously, the scope of Beethoven's impaired hearing was unknown in London. Beethoven asked for the remuneration to be increased by 100 guineas, a request that was refused. However, Neate is sure that Beethoven will be completely content with his stay in England. Like before Beethoven did not undertake the journey. With the letter the composer enclosed a list of mistakes concerning the Ninth Symphony drawn up by a copyist but pointed out that these mistakes were found in other copies and needed not necessarily show up in the London copy, too. Later, Neate said that the London copy was flawless. 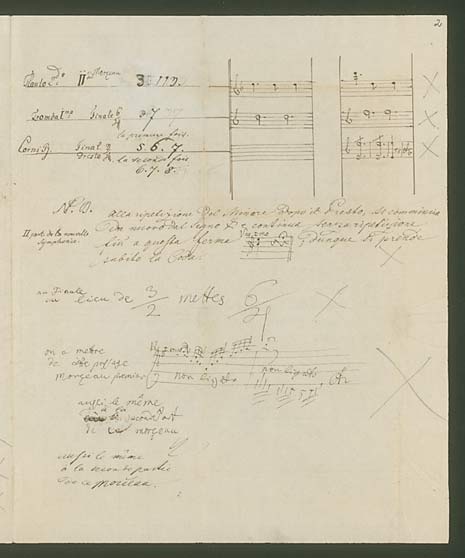 List of mistakes for the Ninth Symphony, January 27th, 1825
At the first attempt the Philharmonic Society did not manage to perform the composition in a way that met its requirements. The extremely popular double-bass player Domenico Dragonetti was scheduled for the bass recitatives as a solo player for which he requested an additional remuneration. The Society refused this. In a letter to the secretary he wrote that he even would have requested the double had he known the score before. A public rehearsal on February 1st first became a musical and then a press catastrophe and significantly influenced the review of the regular performance on March 21st, 1825. For the critics the piece was too long and too difficult. Sir George Smart, a conscientious conductor and artist, had explicitly asked the directors of the Philharmonic Society to delay the presentation until it was clear if Beethoven came to London to "partake in the performance" (as it was wisely described during the Vienna first performance) despite his hearing impairment that might be underestimated in London and until questions had been answered such as the right time for the bass recitatives in the fourth movement. Urged by Beethoven's Vienna friends and as opposed to the agreement with the Philharmonic Society the symphony had already been presented for the first time almost a year earlier in Vienna on May 7th, 1824, and had been met with great success. As late as ten years after the English first performance the composition gained success in London. The Academy presented the choir finale separately at the Hanover Square Rooms; this time with an English translation by conductor Charles Lucas. Now the audience understood the meaning. Another two years later the Philharmonic Society also managed to hold a successful presentation under Ignaz Moscheles that then led to the suggestion to perform the composition every year with a choir of 1,000 members and an orchestra of 500 musicians as apotheosis and great European freemason anthem. In 1927 the suggestion was carried out, even if in a different way. The Strasbourg Council of Ministers of the European Community chose a part of the choir finale in a plain instrumental version as European anthem.

Programme of the English first performance of Beethoven's Ninth Symphony on March 21st, 1825 with handwritten notes by George Smart The British Library
Half a year after the presentation Sir George Smart travelled to Vienna and met Beethoven several times in Vienna and Baden. 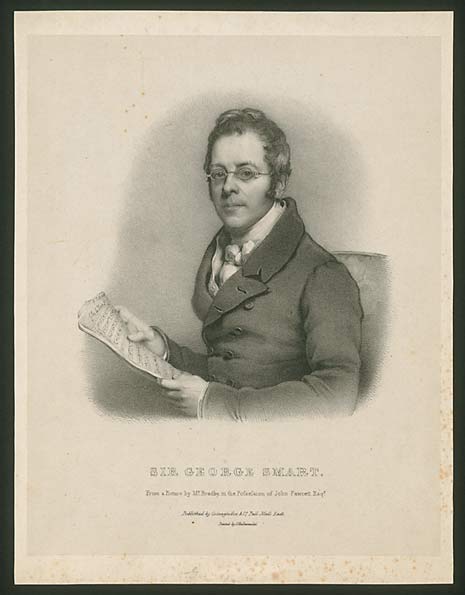 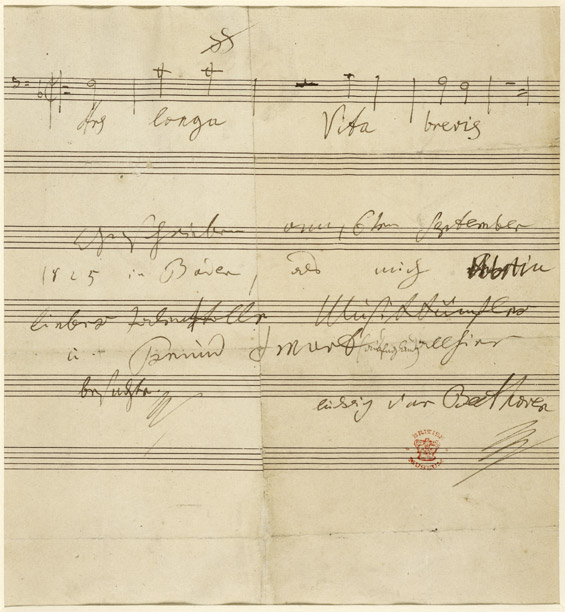