Beethoven had many contacts in Britain where his music was highly appreciated. Business partners in London and Edinburgh bought his compositions and also asked him for certain pieces such as folk song adaptations or a plain piano version of his violin concert. Two former citizens of Bonn particularly supported Beethoven in London: Violinist and concert organiser Johann Peter Salomon, born in the later Beethoven-Haus, who held quite an important position within the London concert environment as well as Beethoven's pupil and temporary secretary Ferdinand Ries. The latter was one of the directors of the Philharmonic Society founded in 1813 which invited Beethoven several times to come to London and perform works commissioned by the society for the first time. However, Beethoven never made it to Britain. Although commissioned by the Philharmonic Society the Ninth Symphony was first played in Vienna. In cooperation with the British Library in London the Beethoven-Haus presented a special exhibition about this interesting subject at the 2007 Beethoven Festival. 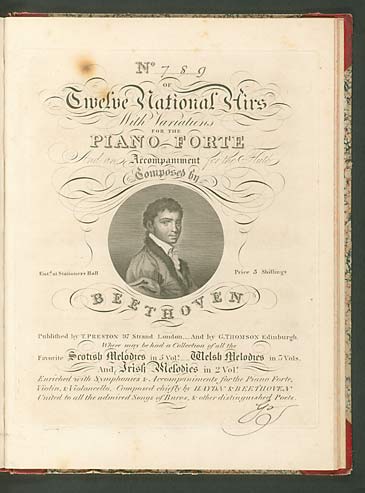