The Life and Work of De Meo 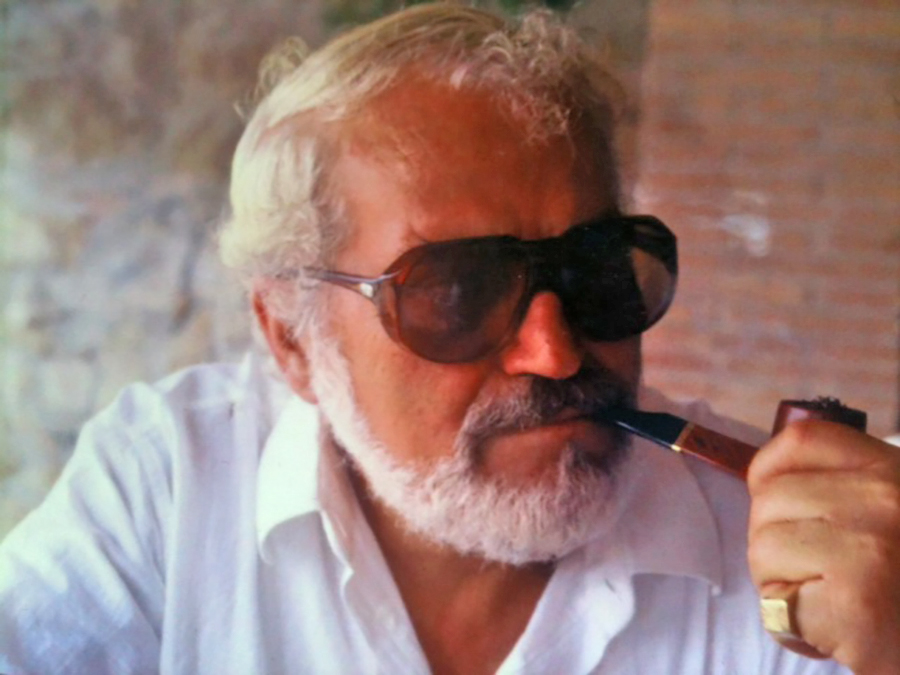 Tommaso De Meo was born on July 17 th, 1924 in Andria (Bari). As a pupil of Roman artists such as Stradone, Tani and Ciavatta, he studied painting at the "Accademia Romana di Valle Giulia". Alas, his education was cut short when he was drafted into the navy. In 1943, the then 19 years old Tommaso fell into enemy hands quite by chance when a nearby Carabinieri barracks was ambushed by Nazi troops. Many of the Romans captured on that day were forced into hard labour in Austria, and De Meo was deported to Graz. There, a fellow inmate's violin playing not only made him discover Beethoven's music,  but gave him solace while trying to survive the atrocious conditions in the labour camp. In those days, De Meo was able to reconnect with his artistic side: he painted portraits of several of the camp's officers, gaining him their good will. During that winter, however, he would lose two of the fingers on his right hand to frostbite.

During the 1950s, De Meo embarked on his career as an artist while working at the postmaster general's department. During that time, a grave accident cost him one eye and almost totally blinded the other; for several years De Meo lived in nearly total darkness, until a number of surgeries were able to give him back at least partial eyesight. This impairment, which very well might have spelt the end of his artistic pursuits, led to a deep human and artistic connection to the similarly afflicted Beethoven. In the composer, De Meo saw a teacher, one who could give him strength and hope through his music. Thus began a period of intense studies regarding the life and works of Beethoven, with De Meo's admiration for the composer becoming a creative engine for his own artistry. During several travels to Bonn and Vienna, he began work on several studies for his later "musical" paintings. Between the years 1964 and 1966, he painted the series based on Beethoven's symphonies, capturing his interpretation of the music on canvas, movement by movement.

Other oil paintings dealt with Fidelio, the Coriolan Overture, Egmont or the Missa Solemnis. In the course of five years, he painted over 60 works about Beethoven: during the festivities for Beethoven's 200th birthday, the symphony cycle was exhibited at the Palazzetto Medici in Rome, with De Meo being honoured by the cultural department of the German embassy. However, music was far from the Roman artist's sole subject matter. In many of his numerous works, De Meo sent a warning to mankind: for even though man had the capacity to create sublime works of art and bring forth geniuses such as Michelangelo or indeed Beethoven, he also had the potential to destroy his own kind.

De Meo spent his final 20 years in relative solitude in the Roman countryside, surrounded by his Beethoven-paintings, from which he was inseparable, since they symbolised both his own life story and his life-long reverence of Beethoven. On December 17th 2010, the 240th anniversary of Beethoven's baptism, he passed away in Rome. His wish was for his beloved paintings to be bequeathed to the Beethoven-Haus after his death, a wish that his children happily saw fulfilled: during a ceremonial act held in the Chamber Music Hall, the paintings were presented to the Beethoven-Haus on December 17th, 2011.